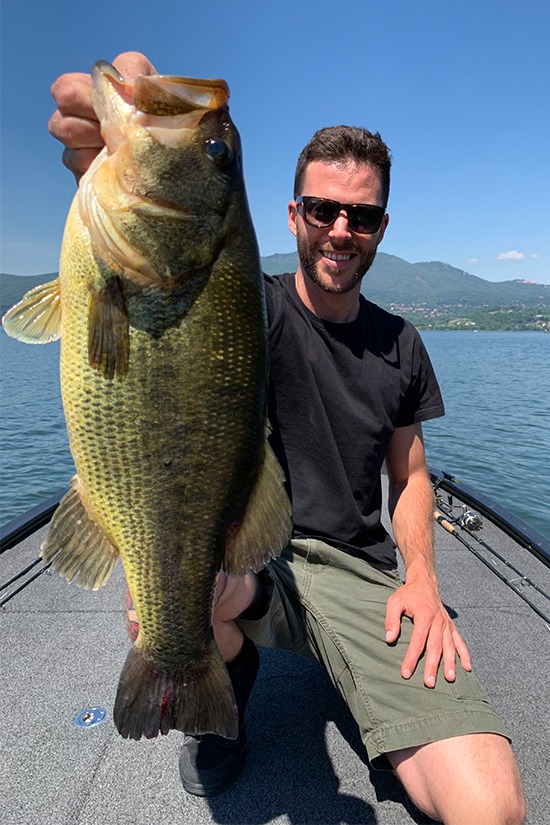 Antonio is an Italian angler born and grown in Varese, a town located in Northern Italy that boasts numerous ponds and water courses just within a few-minute drive. This allowed him to develop a strong passion for fishing ever since he started learning his way around the pole with his grandad at the age of four.

After the first years spent scouting his home waters, he soon expanded his fishing interest towards salt water too, coupling his traditional bass and freshwater predator fishing technique and capabilities with several experiences targeting salt water big game. Having experienced so many different fishing styles, he eventually decided he would commit to spinning only.

“Fishing is so much more than just catching a fish.” – he claims – “The catch is just the perfect completion of an ever-different adventure, the latter being the true essence of fishing to me.”

In the realm of spinning and casting he often tries to make use of all the many different techniques, but he admits having an undeniable preference for topwater lures – especially WTD -, for jigs and for big swimbaits. Given the significant experience he can boast, he is now obsessed by the challenge to land the biggest fish in every occasion, even if this can sometimes likely mean no fish caught at all.

He started a YouTube channel some years ago and, thanks to its dedication, it has been consistently attracting fishing enthusiasts not only from Italy but also from different countries in the world. Initially started out as a personal fishing log, his channel is now one of the most interesting and sought-after in the fishing world, especially for European fresh water predator fishing. “I love embarking on a fishing adventure in new waters around the world” – he says – “and I have many ideas in this regard for the future…”. We shall expect more awesome videos then!