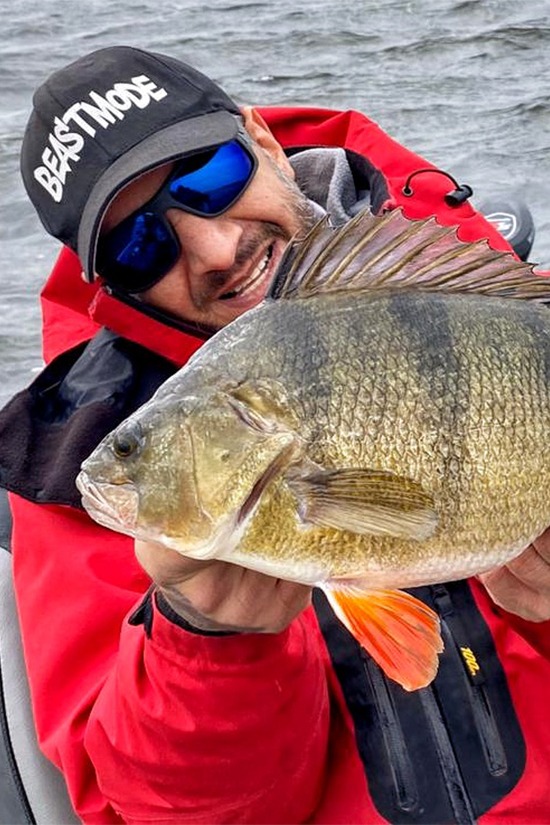 Houtan Atashpour aka Mr. Perch moved to Sweden from Iran with his parents in 1986. As a child, his interest in fishing arose when he accompanied his father to the Persian Gulf and started fishing together. Once in Sweden, they continued to fish along the coasts for saltwater fish.

The interest in sea fishing grew bigger and bigger, but after several years he was introduced to perch fishing and he soon developed an addiction to it!

“The reason why perch fishing became so interesting” – he claims – “is because there are so many different methods to catch it, and there is still much to develop and learn.”

Currently Houtan lives in Malmö, and this is where he fishes most of the time. You can find him almost every day scouting the city’s numerous canals, which became over time is home waters.

Sometimes he embarks on fishing adventures abroad with friends to fish together. Love to try new water after big perch!